First and foremost, the release dates
All updates will be taking place on the 26th of December at different times for the following gamemodes;

KitMap - at 8 PM
Weekly hosted faction tournaments
A new, non-p2w Cold+ rank will be revealed on the 25th
New, player-hosted, Annihilation and Sumo events
More factors added to player-top to seek for the best individual
Revamped lootboxes and crates with a new GKit (Christmas and Partner)

SkyBlock - at 5 PM (27 December)
Bug fixes and stability improvements
New lootboxes, PvP arena, KoTH and Quizzes​
Punishment reset
All your pesky punishments have been lifted to allow everyone to enjoy the new updates

Our network has been preparing some important updates for every gamemode to ensure your gameplay stays polished and entertaining.

We value your feedback and would love to hear your suggestions to advance further. If you would like to place a suggestion, please ensure it follows the format below;
Every suggestion will be read and some will be rewarded as an implementation on the next update.
We’re always striving to improve further.
Continue...
IMPORTANT Cold PvP 1.0!
15 6,254 by Pengurino : Aug 12, 2020 at 4:41 PM
​
You may have noticed a lack of network updates recently, but this is not without reason.
We've been working hard on updates that ensure your pvp experience is unrivalled, now it's time to deliver them.

Furthermore, we have cleaned up the public discord and will remake our lobbies to be more FPS friendly. Rewards for the top 3 times on lobby parkour will be given out on the day the network gets whitelisted. Donations will now be globally broadcasted across the entire network to show appreciation and for you to flex your new rank.
​
Trailer:

Click here to watch the trailer.
Reupload the trailer to support us and EXRTA FREE KEYS on SOTW!​
(download link in desc)

​
Hit registration, knockback, potions and performance
These three essential terms are what make up combat, therefore we have optimised our software to minimise response time and prove unparalleled smoothness. This guarantees your hits and potions land without interruptions, leaving pure skill to determine who will be victorious in a fight.
(Note, this change in how velocity is calculated and applied might take some time to get used to)

This is a modern skyblock server with alot of cool features.
Tropical skyblock realm is made by dutchminerHD with days and days of work


If 25% of the donation goal gets reached these will be the payouts:

If 50% of the donation goal gets reached these will be the payouts: 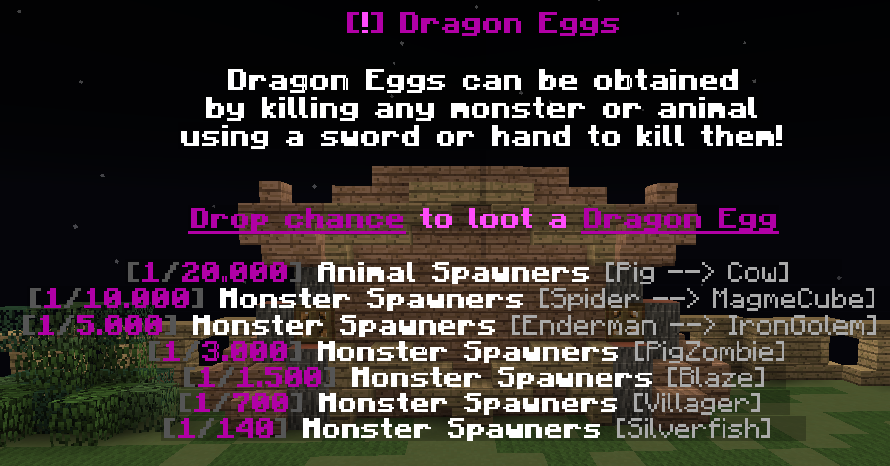 Practice Season 7 is going to be released today at 5 PM CEST with many major gameplay changes.

Mostly when a server change their knockback the players of the servers do not like it. However, we have made amazing knockbacks for each ladder that you guys will love pvping with. The new knockback is higher, sensitive and a lot smoother than current one. (KB By @Prionity) Besides hits and knockback, the pots are now slower and smoother which requires skills. First of all, thank you all for the support & interest you guys have showed lately. When we first released Kit Map we did not expect it to get that big. In order to not let you guys down we work hard on Kit Map and make sure it is perfect before releasing. After working on it for many hours and discussing about the features with our management team, we are finally ready to announce them. Expect a GREAT SOTW today with brand new warzone & features

PS: As an apologuise for announcing the SOTW a bit late, we are giving away x2 Diamond Ranks on our discord at #giveaway section. We will also be doing crazy key alls and sales during SOTW.

PS2: We are also starting to give PAYPAL CASH for f top from this map. Expect the price to go higher map by map.

Since you guys really liked this map it was a bit stressful for our builders to build better map. However, they managed to do it. The new map's theme is Marvel with great traps and also the map is fps friendly (the most fps friendly map since 2016). 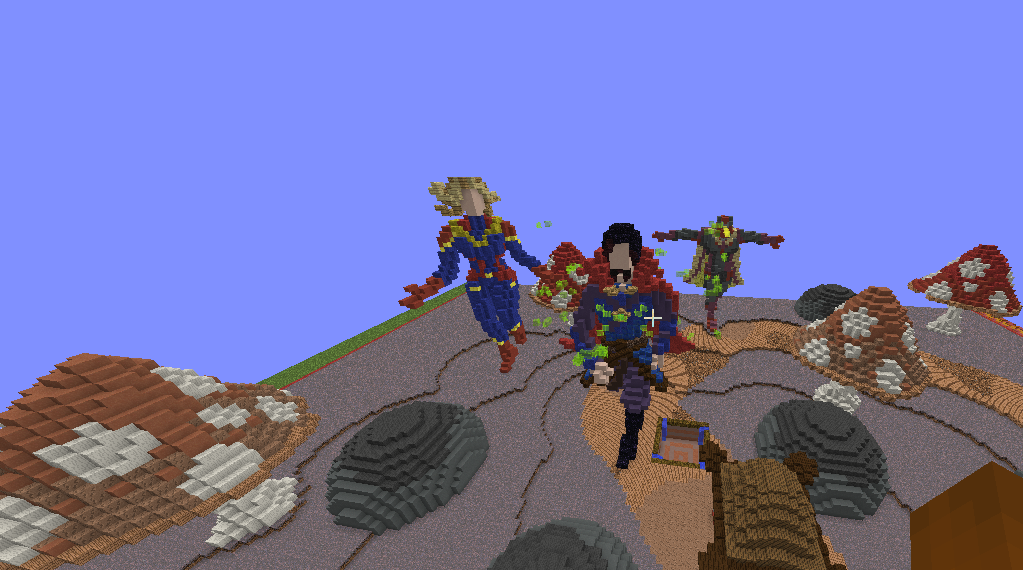 SkyBlock new season is going to be released this sunday. Season length is 3 weeks.

In total, we will be having between $300 - $450+ in prizes according to reached donation goal. Here is the breakdown.


0 ➜ 50% Donation Goal
If 50% or less of the donation goal gets reached these will be payouts!

75% Donation Goal
If 75% of the donation goal gets reached these will be payouts!

100% Donation Goal
If 100% of the donation goal gets reached these will be payouts!

The season is going to all features that previous season had (but better versions of the features such as bosses will spawn more often at mine etc). Besides the features from last season we are going to have amazing unique features too!

We have updated our gambling system and added many new games to get chance to win $$ and run skyblock's economy. 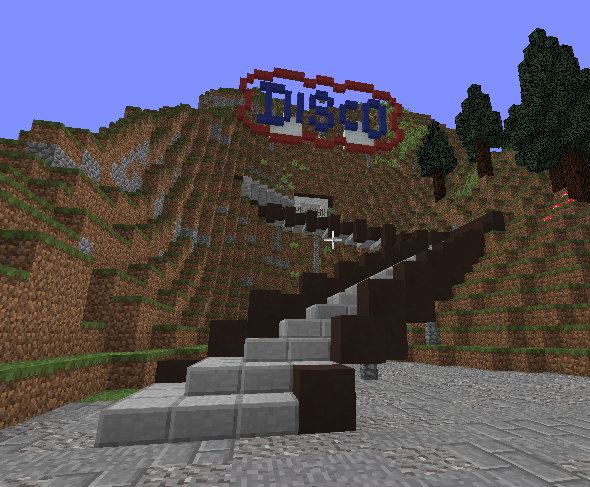 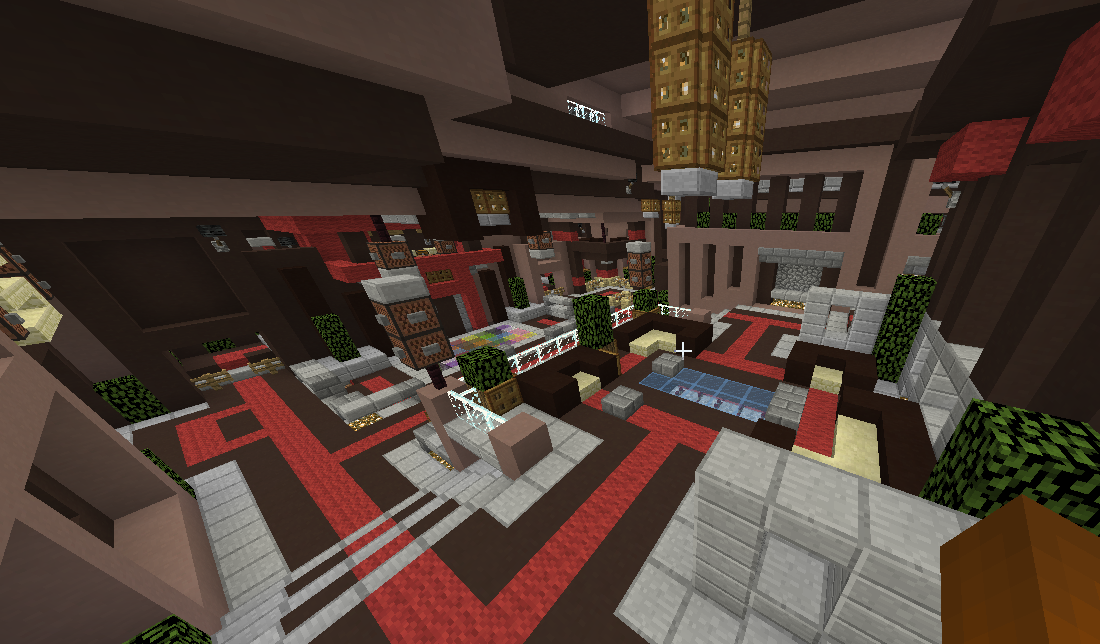 We have been working on new HCF realm called ''Tribes'' to bring back the hardcore experience to Cold Network. Tribes releasing on;

Click here to watch the trailer.
Reupload the trailer to support us and EXRTA FREE KEYS on SOTW!
(download link in desc)

Today I have some topics to inform you guys about, I won't make this too long don't worry.

New Forum Theme
As you can probably see we have a new forum design, I hope you all will like it. Please PM me here on the forums if any bugs occur!

Support Tickets:
I have been waiting for the right timing for this, and I feel like with this change this is the right time:
The support tickets system will be going to the discord, this will be clarified/added within a few days.

Voting Rewards
From now on we will be doing monthly top voter rewards, you can find vote links and information on:
https://coldnetwork.net/pages/vote/
A leaderboards will soon be live in the lobby, votes are already counting as we speak and they have been for the past 16 days.

Giveaway:
If you read this you are probably too late, but there's a discord on going in the #giveaways channel on:
https://discord.coldnetwork.net/
Continue...
Information SkyBlock 3.0
8 1,835 by Pengurino : Jun 14, 2019 at 10:35 PM
Dear Coldnetwork,

Im sorry for this delayed revamp for skyblock. Normally we were going to release it this weekend but we decided to release it next weekend to make it a PERFECT release. So Skyblock will be released on 22 Jun 4 pm CEST.
Countdown:
https://www.timeanddate.com/countdo...7&p0=1949&msg=SkyBlock+3.0&font=cursive&csz=1

What is it going to have as feature?

To make pvp alive we decided to add kill streaks and rewards. The rewards will be worth achieving. Also we will be adding a competition about kill streak.

PvP Arena will be at /Warp.

Voucher crate is going to be added.

We are going to have new crate called KOTH. You can only get this key by winning the KOTH event. KOTH will be at PvP Arena.

Im going to change in game rank names ( not completely ) and add/remove some commands from them.

We are going to make BuyCraft more balanced, optional and attractive.

As you all know current skyblock eco is so easy/broken almost everyone got 1 million in 3 days and many people had 30+ iron golems. This map's eco is going to be more balanced and kinda hard. Also Im going to make many ways to earn money this map so non donators will be able to go for competitions.

We are going to keep those 2 mines. We will nerf donator mine too of course since its too op.

There isnt much i can say about this but kits will not give armors since you guys didnt like it so instead of armors kits will give useful blocks etc.
In addition to challenges we are also going to have quests to...
Continue...
Page 4 of 27